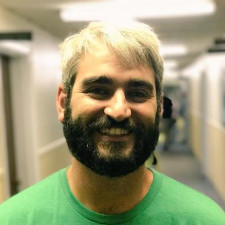 This talk will discuss the technical and community values driving the development of the open source Mirador 3 image viewer. Mirador 3 is an International Image Interoperability Framework (IIIF) viewer. While its previous version was successfully adopted worldwide, the ability to customize and extend the viewer often left adopters forking the project and needing to maintain their own version. This talk cover the design choices that lead to building Mirador 3 in a pluggable way to better facilitate cultural heritage software sustainability.

Jack Reed (B.S., Georgia State University, 2010; M.S., Georgia Institute of Technology, 2017) is an experienced software engineer on the Access and Discovery team at Stanford Libraries. Having served on the International Image Interoperability Framework (IIIF) Technical Review Committee for three years and actively contributed in the community since 2015, he has a depth of experience in creating high-profile IIIF software that is used worldwide. He is also adept at building collaborative open source software and is a core contributor to popular projects used in libraries, archives, and museums such as Blacklight, GeoBlacklight, and Mirador. As technical lead for the Mirador 3 project, Jack led a distributed team to successfully create a new version of Mirador that incorporates an extensive list of new functionality and extensibility.